Malware at the Top of Webroot’s 2020 Threat Report

Malware at the Top of Webroot’s 2020 Threat Report

The past decade has shown authors of malware and other attackers to be extremely focused and highly adaptable, making them all the more dangerous. Webroot, a name known to just about everyone in the IT sector for its quality antivirus control efforts, released its 2020 Threat Report based on formidable amounts of data continuously and automatically captured by advanced machine learning-based architecture – known as the Webroot Platform – which suggested a rapid increase in malicious files found on single machines. In a proverbial nutshell, malware was at the top of Webroot’s report, citing the ways authors have learned to evade traditional cyber-defenses via polymorphism.

Amongst the myriad of data Webroot collected on the current state of malware attacking were a group of eye-opening statistics worth mentioning here.

The following percentage chart indicates infected devices by region, just to give you an idea of how widespread this problem is. 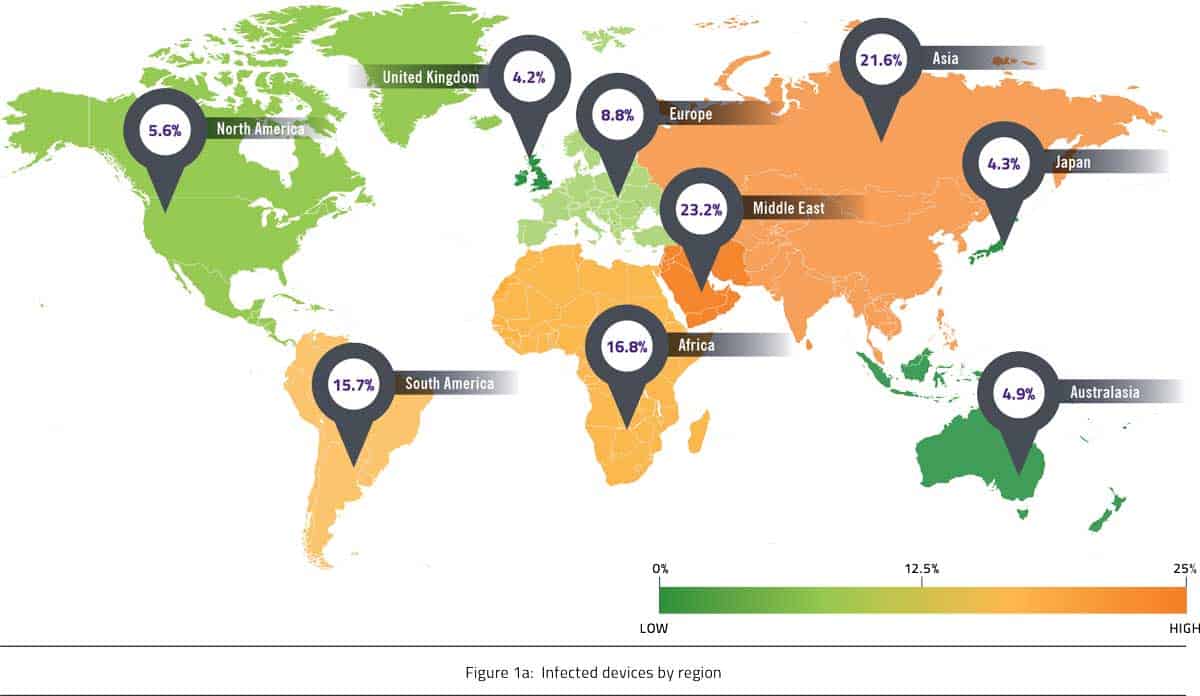 A Bit of Background

Malware has become something of a go-to tool of nation-states which employ (and sometimes lose control over) highly advanced, zero-day exploits that wreak havoc on businesses, governments and organizations in general (a good example of this is the EternalBlue exploit). Into this mix has come the impact of the cloud and the ubiquity of mobile devices, making it easy to see just how much malware has evolved in the last decade.

What You Should Know to Defend Yourself

What’s more, tactics such as blocking executables from hitting endpoints via malicious URLs or preventing .exes from downloading additional malware files can reduce the incidence of malware executing on protected endpoints; similarly, it is important to take note of changes in cybercriminal activity such as phishing or cryptojacking while at the same time introducing enhanced operating system security (there’s been a mass adoption of Windows 10 – with antivirus always on – as of late, along with efforts by the security community and industry at large).

DMS iTech: Always in the Fight

When it comes to concerns like malware, you’re not alone. DMS iTech boasts the experience and certified professionals to ensure you don’t go into this battle unprepared. Contact us today to learn more.